At times I seek out places in nature away from the maddening crowds where I can find peacefulness, rare spots on the coastline or in the countryside which provide none of the usual trappings of modern life. There are many that I have become accustomed to visiting and one which I will share is at Rine in Co. Clare, the approach is an awkward drive along a narrow boreen that passes through a farm yard to terminate on the point of a peninsula. 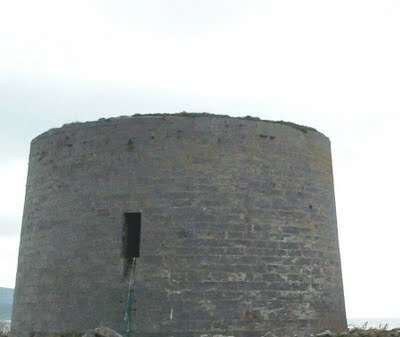 "War broke out between England and France in 1803 and because of past invasion attempts by the French, the British drew up plans to fortify likely landing places in Britain and around the coasts of Ireland. The principal feature being a network of fortifications to be constructed on the Coasts of England and Ireland was The Martello Tower Built under the National Defence Act 1804. Here in Ireland 50 such Towers were built." Extracted from © www.martellotowers.ie"

Here I could be found in all weathers, standing in sunshine or sat with wind and rain to my back communing with nature, hearing the music provided by coastal seabirds against the wash of the sea lapping a stony strand. I loved the lonely isolation of it all. 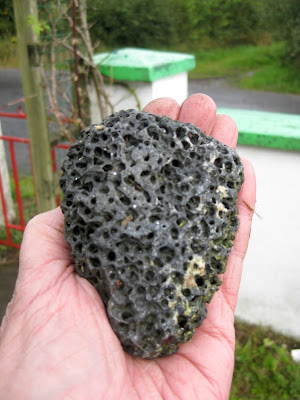 So it was here on one of my last visits that I took a stroll and found my heart. I did not know then that it was to be my turning point or the fulcrum of a new existence. 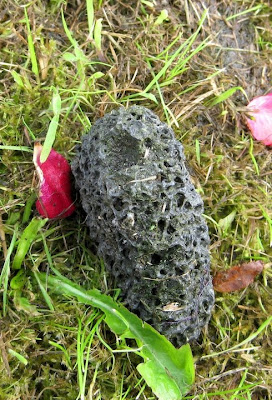 An aorta in stone perhaps ?

This heart shaped stone even has an indentation placed roughly where the aorta would be.

This blog was inspired by an email conversation that I had with a follower of A Heron's View- HelenTilston: http://helentilstonpainter.blogspot.com who is a frequent visitor to a neighbouring Martello Tower on an adjacent peninsula, quite literally a couple of miles north in Co Galway.