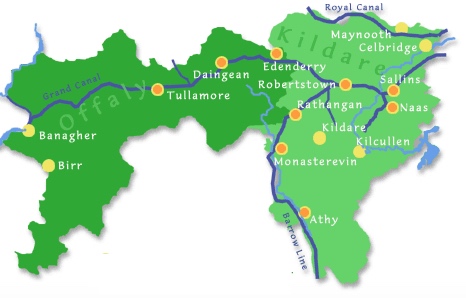 St. Evin brought a number of monks with him from his native Munster. This gained the settlement the name Rosglos-na-Moinneach (the green wood of the Munstermen). Saint Evin was politically astute; today he would be called a spin-doctor. He secured special status for the Monasterevin area placing it outside the common law, making it a sanctuary. His famous bell was used for swearing oaths and was much in demand by tribes of the region for guaranteeing peace treaties.
It is from this accoutrement that the canal harbour on the Barrowline was given the name of Bell Harbour.