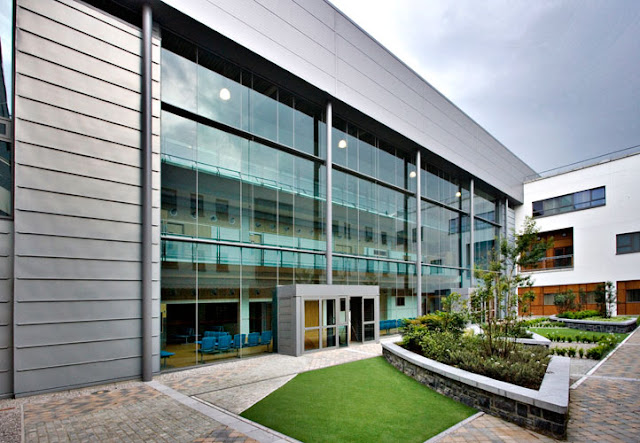 As many of my followers are aware I had a mild TIA - transient ischemic attack,  a few days ago. This put me into hospital for four days and my route there was because my pipe fell out of my hand three times in succession, for each time that I picked it up from the floor and stood up, down it would go again. I became aware that all was not right with me so I trotted down to the studio to sit with her Ladyship and eventually brokered the subject that perhaps a trip to my GP would be a good thing to do.

Arrangements were made and we were given appointment for 4pm that day, not too long to wait, although in the surgery that time spent in the waiting room seemed horrendous - I am not good at waiting, not good at all; you might even think of me as being an impatient patient :)

My BP was extremely high as stated in comments on my recent blog, that being the case my lady GP told us to go directly to A&E at the nearest hospital which was about six miles away. We did as we were told, the waiting room only had two spare chairs and eventually I was seen by a Doctor and returned back to the waiting room, with a warning given to my wife that if I turned a funny colour or started acting oddly to ring the bell. We sat there until eleven pm when I was put on a trolley and given loads of caring attention. I slept fretfully, her Ladyship was given a comfortable chair and at eight thirty a.m I told her to drive home and get some rest.

The rest of my time there was spent in having a multitude of tests done,  he majority of which showed that I was healthy, apart from some clogging in carotid arteries - they supply blood to the brain. That sounded serious and the ward doctor explained to me that there were two procedures that would correct the situation; thus I returned home without having to consider any options because if you choose Life then either method is acceptable and I do choose life.

Today I had an appointment with the vascular specialist who with a big smile on his face told me that the clogging in my arteries was only slight, with a natural age related thickening and that he would not be performing any procedures on me.  He then said he would see me in six months time to do a  re-check and providing all was well he would not see me again.

I am delighted and with a spring in my step we left the hospital in glorious sunshine, revitalised.