A poet and his poetry 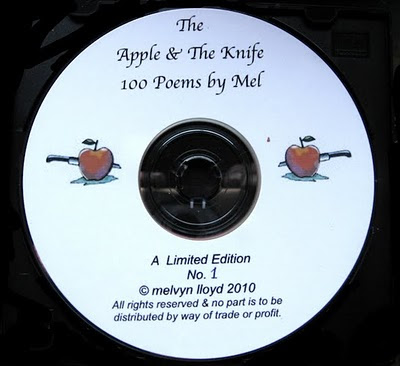 I started to write poetry in the late 70's when part of a line of prose started running through my mind. I can still recall what it was ' we shall walk through sunlit leafy glades, leading to sharp green swards'. I visited every available library in the area, asked English teachers and all sorts of learned men and women if they knew that line and its source. All to no avail, next came my attempt to include those words in a poem of my own, but no, it stills lies fallow in a corner of the mind.

Tripped though was the switch to write and lines seemed to tumble out of me at all hours of the day, such was it that the habit of carrying a few sheets of paper and a pencil or pen became second nature to me. Even during the night my mind would awaken me, to tumble me out of bed, to go down to my desk and write. To be found there scribbling and sighing away by my then wife when she arose to start the day.

The main rush of poetry lasted for about twenty-five years, well actually in two bouts, because I returned to pick up the paintbrush to paint using the same source of inspiration as I did to write poetry. Later on I was able to align some of the paintings with some of the poems; Very few of those people who purchased my paintings actually enjoyed poetry! Something that I found rather hard to deal with at the time and I stopped painting with colours. Preferring to paint pictures with words instead and play with the structure of lines, making up my own house rules as I went.

I have had tremendous experiences from being involved with prose and poetry. Meeting along the way several very interesting people, some of them quite eccentric or at least ahead of their time in their mannerisms and clothing. Two of whom are now long dead - Axel Firsoff (look in Wiki) and his wife Marjorie. Together they organized a poetry group. On hearing of this my first action before attending, was to purchase their anthology and appraise their poetry with that of my own. Dare I say that it stood the test quite well and we became the best of friends.

Over the years several pieces have been published in a variety of magazines, it was for a time a secondary

pastime to get the stuff out there and into the public domain.

Then I became rather busy in other areas of my life and the need slipped away. So something over one hundred and fifty pieces have been sitting quietly on my imac.

I related this to a man of letters (a solicitor) who insisted that I printed them out to have a paper copy. It was while doing so that an idea came to me to create an audio file and perhaps record them onto disc to circulate amongst my friends who enjoy poetry.

"We have the technology" (The Bionic Man) and the CD is, as you can see, now finished!