I was sorry to hear of the deaths of two eminent 74 year olds at the weekend. 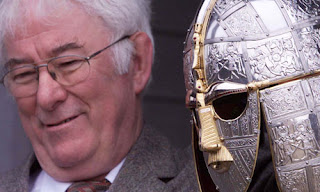 A short quote from RTE:
A master poet and family man, a Nobel laureate and friend, a guest of royalty and farmer's son: Seamus Heaney had a life which was a smooth blend of the ordinary and extraordinary.
Reaching the headiest heights of literary genius, the ever-modest everyman insisted his poetry was just part of a chain.
"A written chain; we'll call it a human chain," he said when he gifted his manuscripts and notes to the National Library of Ireland.
Heaney's glistening career won him global recognition and a place among Ireland's literary heroes like WB Yeats, Samuel Beckett, James Joyce and George Bernard Shaw.
But talked about in the same company, the unassuming teacher from the 50-acre Mossbawn farm in Co Derry would liken himself to "a little foothill at the bottom of a mountain range".
Both a major talent and a decent, down-to-earth individual, the affable Heaney could smoothly move from dining with the political elite to playful weekends at his Dublin home with his grandchildren.
Born into a nation divided, some of his work was heavily influenced by The Troubles. Yet he never allowed his need to write about political violence to colour his patriotism. 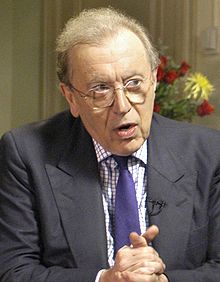 Short quote from The Guardian Newspaper:
At the outset, the very success of this man in a stupendous hurry proved somewhat alarming to some – as the author and translator Kitty Muggeridge said of him in 1967: "He has risen without a trace." Worse than that, he was nicknamed the "bubonic plagiarist", for allegedly appropriating Peter Cook's gags and sketches from Beyond the Fringe for his television show That Was the Week That Was, and so piggybacking on the achievements of others.

No matter. In the decades that followed, Frost became a media personality and comedian, as comfortable cross-examining the most heavyweight political figures of the day as hosting Through the Keyhole, the show typifying the fatuousness of celebrity culture, in which panellists were given a video tour of a mystery famous guest's property and asked to identify the owner from the evidence.

Frost could never be accused of being a stuck-up or patrician broadcaster. He was a bon vivant, smoker of big cigars, dapper dresser, chum of the rich and famous, and so much of a jet-setter that, for a while, he was Concorde's most frequent flier, travelling from London and New York an average of 20 times a year for 20 years. No wonder he told one interviewer that he was "not driven, but flown".