A Visit to Faery 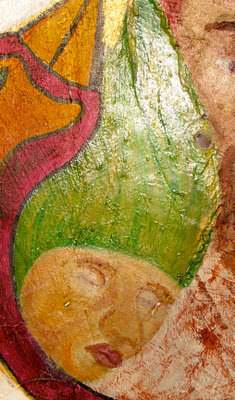 I am starting off with an apology to those of you who are very sensible and aware that the subject I will shortly write about is a sign of insanity on my part, except that it is not and was conducted to explore possible life in other realms.

Some years ago I used to spend a lot of time doing trance channeling. This came about by using certain cerebral skills that I learnt from the practice of transcendental meditation, something which I still practise for a few minutes twice a day.

Channeling brought in a considerable amount of information on variety of topics that I could not have learned from any other source.

The immediate area where we live is well known locally as being Red Cap Country (The Folk/Faery) with numerous faery paths criss-crossing the fields. The Folk have been seen playing hurling along their own roads and tales abound about who has seen them and who has not.

So it seemed to me that here was a subject that needed to be investigated.

Communication with Faery took a little while to establish, even though I had been involved with some healing work for a Welsh druid friend that bordered on that area some years previously. This time I had the assistance of a colleague who would switch on and off the tape recorder whilst I was in trance and would ask a set of questions which we had agreed on earlier.

The information gained was that The Folk stand between homo sapiens and creation, in fact they belong to Nature much more so than we do. Similarly, at the opposite end of the spectrum Angels, for those members of the major religions, stand between their God & homo sapiens. Just as people don't often see angels, the Folk are likewise hidden from our general sight living as they do on a plane of existence that borders our own and only rarely merges.

The Folk have a mentality which can best be described as 'playful' when in contact with us, however within their own domains the business of life and it's politics is just as serious as ours. During the channeling sessions the Folk would make use of puns in a light hearted manner; one of which was to describe another member of the Folk as being Terry Ibble - terrible!

On occasions, for reasons best known to themselves, they have been known to cross the division between the two planes of existence and live with a human. There is a story in my locality of a Faery woman who while her husband was assisting his neighbours to cut corn, ran across the field and jumped into a lake. Voices were heard rising out of the lake welcoming her back saying

" Hooray and Welcome home, Meela Moor as long as you didn't tell the verge about the egg water"

The complete meaning of this sentence is lost to us apart from the phonetic 'Moor' which may be the Gaelic mór meaning 'big' and 'Meela' or míle in Gaelic, meaning 'thousand'. Perhaps they were saying 'A thousand big welcomes'.

What we don't know is the language The Folk themselves use. Unfortunately the story was not told to me until long after I had stopped channeling and this is something that I am now loathe to resume practicing. 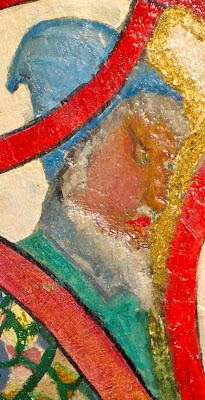