A Good Surprise in Leamington Spa ! 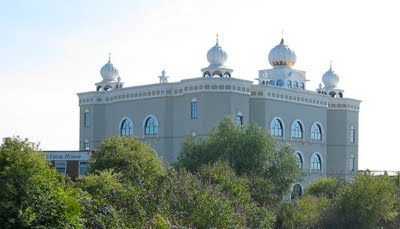 On my visit to Leamington Spa in December of last year (2010) I was very surprised to see a gleaming white temple breaking the immediate skyline, unfortunately due to the icy roads I was unable to get close enough to take a photo. However on our recent trip the weather was very different, gorgeous in fact and almost too hot: for I am now acclimatised to the much lower Irish temperatures. 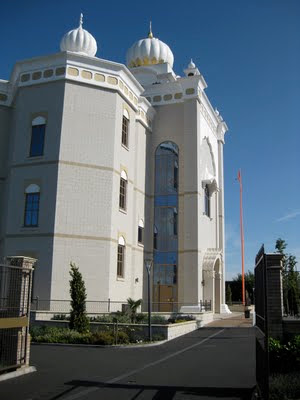 The Gudwara Sahib (Sikh Temple) is built in the middle of an industrial estate. It stands out like a beautiful bright flame and as we walked closer to the building I sensed a serene energy emanating outwards; I was immediately reminded of the energy that flows outwards from the Irish stone circles that also transmit an essence of peace and tranquility that pervades the busy mind.

It being a Sunday there was a continuous service taking place, not an ideal time for having a nose

around, though I very much hope that on our next trip to visit Oliver that we shall be able to see the inside of the Temple. 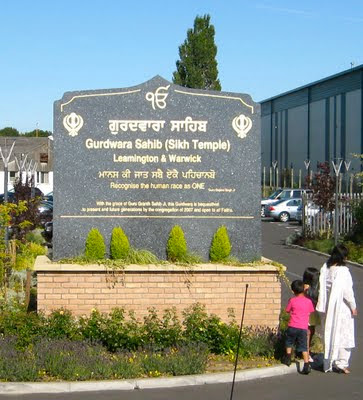 I confess that I know very little about the Sikh's and of their religion even less, except that like myself they are vegetarians and generally peaceful people.

So from their web page:-

"SELF SERVICE: Sikhs Duty to Serve

SEVA is the essence of Sikhi, and it refers to 'selfless service'', that is service performed

without any thought of reward or personal benefit.