After we had had our lunch in Galway my desire was to visit Spanish Arch which I had heard much about over the years and never visited. Or so I thought.

Before making our way to Spanish Arch I spied the hull of a large vessel in the distance. Well, as  most of you probably know I am attracted by almost anything that floats and so I just had to take a detour and see what was what. 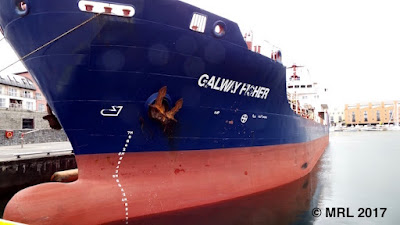 A small tanker but large enough. 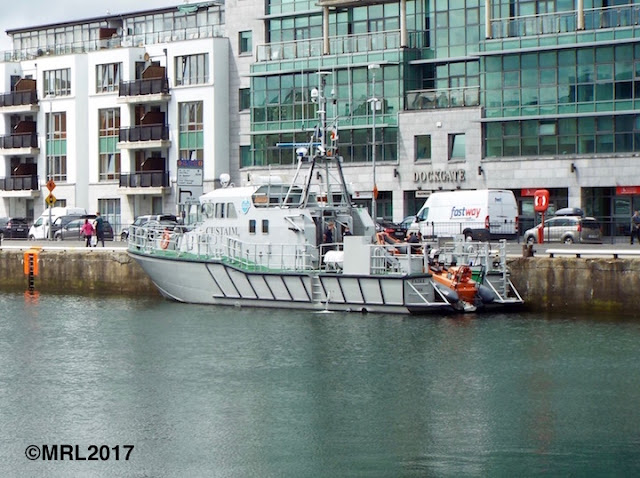 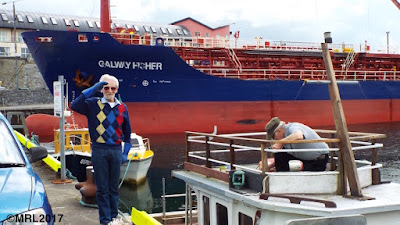 The photographer receives a salute - it must have been my
bushy beard ! 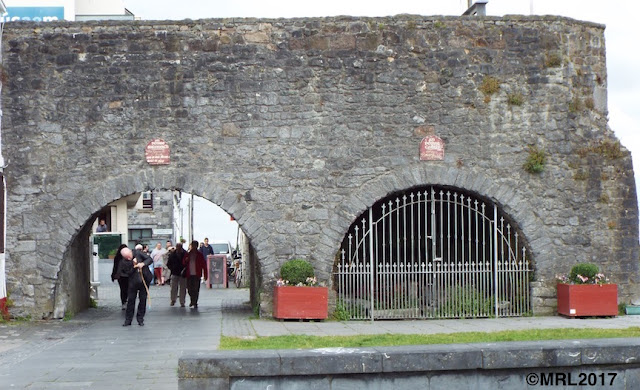 On arriving there it dawned on me that I was standing besides the Galway Museum, which we had visited a couple of years ago and I had never noticed the arch !

The Spanish Arch was built in 1584, originally as an extension of the city walls and designed to protect the quays. The name is in fact a misnomer, as there is no proven association between the Spanish in Galway and the building of the Arch. In the past it was known as The Blind Arch and is located on the site more appropriately known as Ceann na Bhalla (The Head of the Wall). 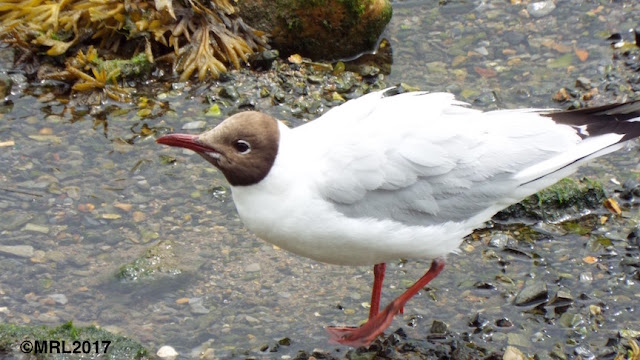 I took a liking to this cheery fellow. 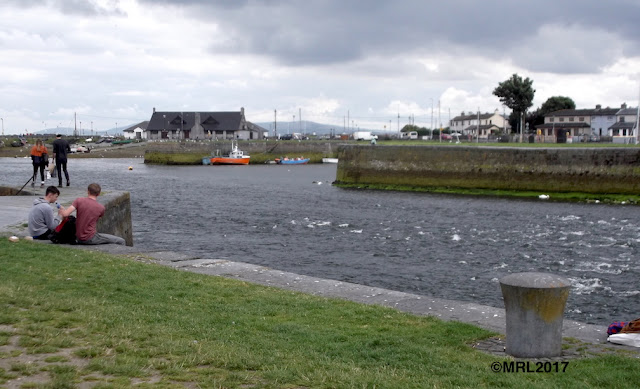 Across the river from the Spanish Arch sits the ancient settlement of Cladach, meaning ‘stony shore’, or as it is now known Claddagh. The area above the shore where the Corrib River meets Galway Bay, was once home to Galway fishermen and their families.

Located just outside of the Town of the Tribes (as Galway is known), the settlement dates back to AD 500, one of the oldest fishing towns in Ireland. 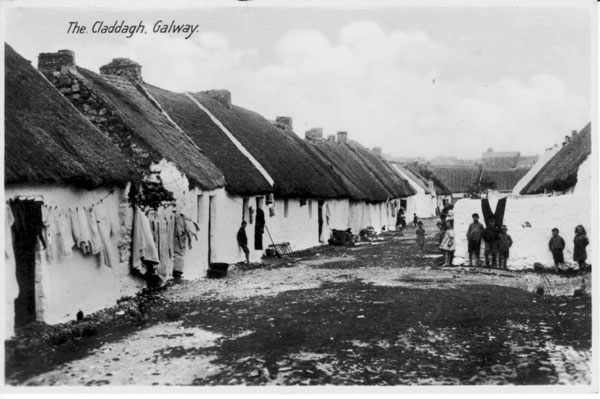 Due to severe out break of TB among the inhabitants in 1927 the old unhealthy thatched cottages of the Claddagh were demolished in the 1930s.  Council houses and other more modern homes replaced them yet the memory of the small Irish-speaking town's traditions and customs still live on.

Despite its close proximity to Galway city, Claddagh remained a completely separate entity for centuries because of the wall surrounding Galway which kept a divide between this village and the Anglo-Norman city across the river. The community also had it’s own King who was elected annually, today it is an honorary title. 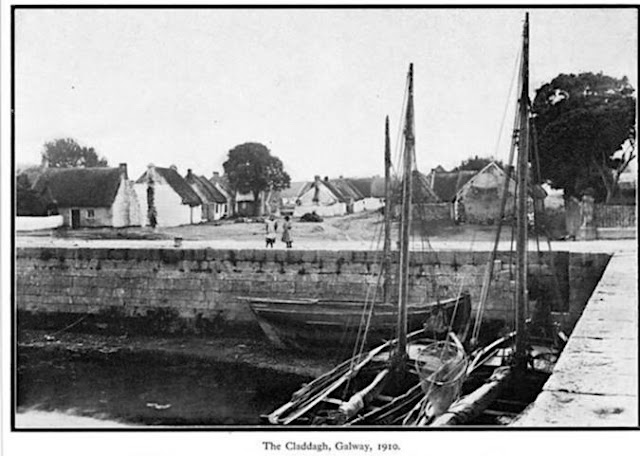 With the sole rights to fish in Galway Bay, the Claddagh fishermen thrived and their fresh catches were sold by the Claddagh women at Spanish Arch and at other places thought the city. It is believed that by the early 19th century, there were as many as 820 fishermen in the village who ran around 80 boats. 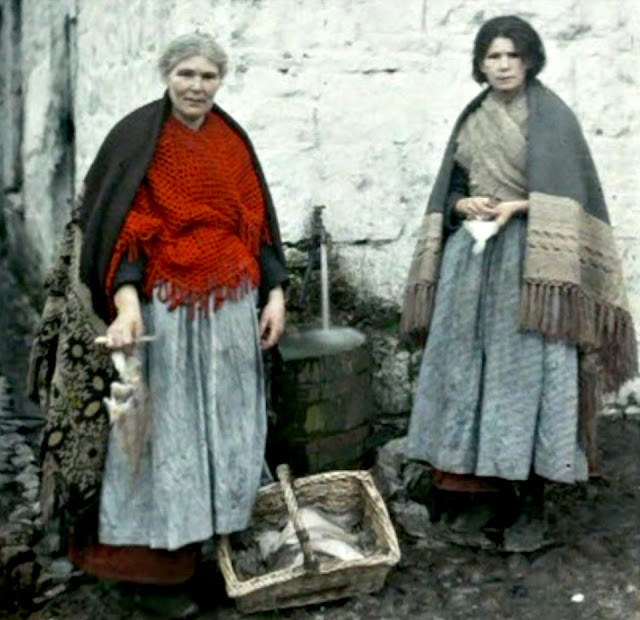 The wives of the Claddagh fisher men 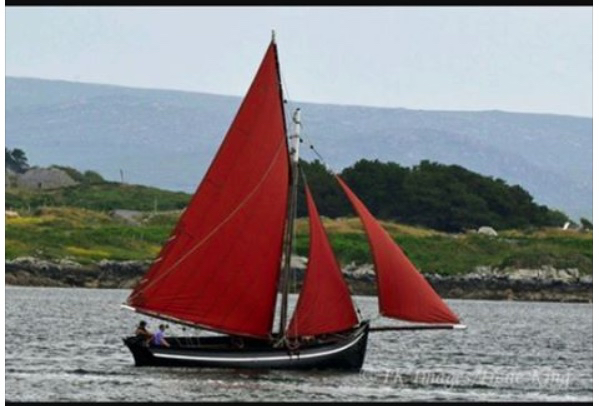 A Claddagh (Galway) Hooker
In boats such as these the Claddagh men would have earned their living. 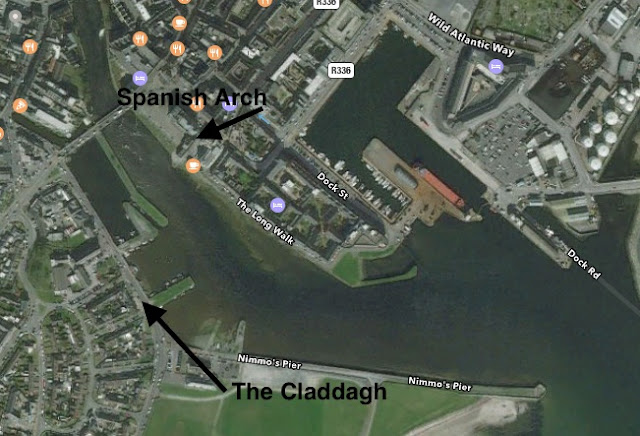 The sound wobbles a bit during one part of the recording
and then comes good, so don’t switch off.