Did I ever tell you that I was afloat before I could walk ?  As a consequence I have always had an affinity with water.

Our latest trip was to Shannonbridge, where the great river flows and separates Co.Offaly from Co. Roscommon. Prior to 1757 you would have had to be ferried across this great, wet divide. Today this sixteen arch bridge is part of the R357 that connects Ballinasloe in Co. Galway in the west with the eastern part of the country. 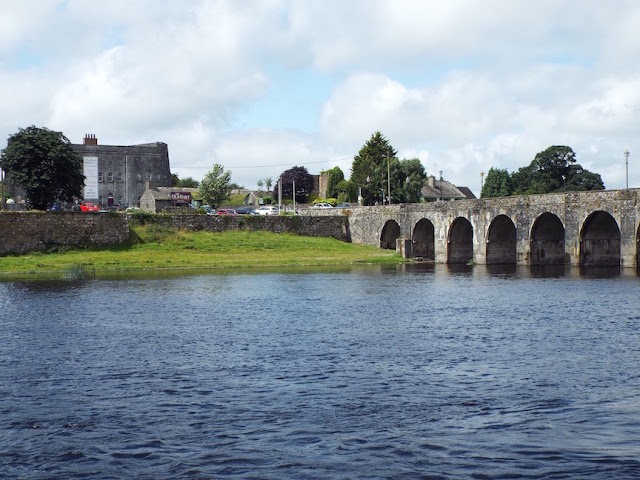 The Shannonbridge artillery fort showing the main redoubt with the ramp in front of it, the R357  enters the fort just in front of the fortified Barrack Block. The defences were designed to delay a military force approaching from the west from crossing the River Shannon to the eastern side. They take the form of an elongated triangle with blunted western end, consisting of a sub-rectangular redoubt in front of a wedge-shaped enclosure and connected to it with a pair of diverging stone walls. The redoubt was completed in 1810, the barrack Block in 1814 and the rest of the defences in 1817.

Today the old fort is the well known Parkers Restaurant where you can sit and dine and watch the boats go by.
http://www.ireland-guide.com/establishment/old-fort-the.3953.html 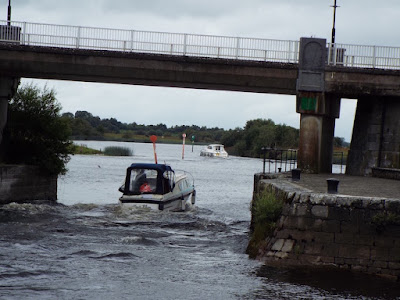 Of the sixteen arches of the bridge it is at this span at the eastern end which is used for navigation, for all the others are impeded by hidden rocks. Originally this span was fitted with a pair of iron swing beams. 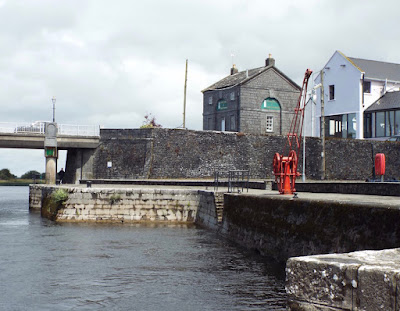 The Old Crane with Bridge Master's House
in the background. 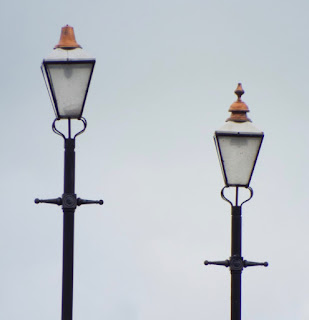 I greatly admired these lamp standards with
their ornate tops. 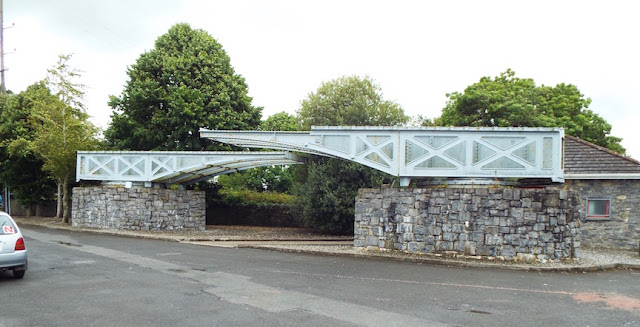 The preserved swing bridge
or The Oldest Pair of Swingers'
for miles around! 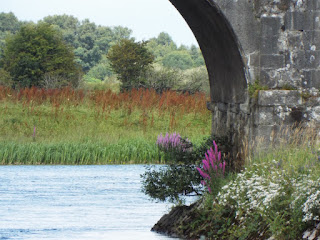 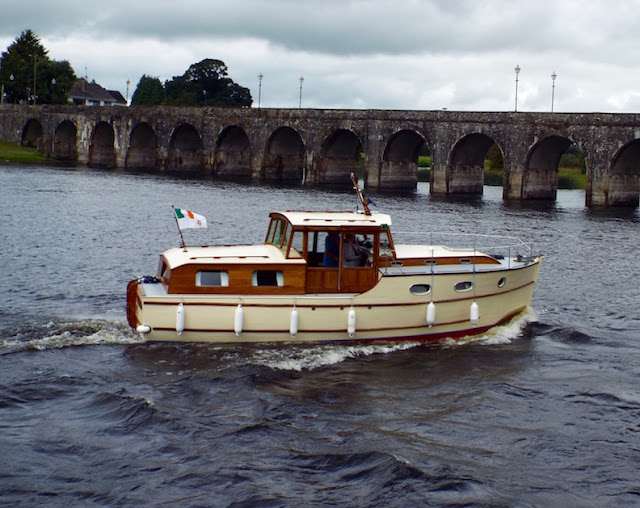 I have long admired the design of this type of
craft, which think may possibly be pre WW2 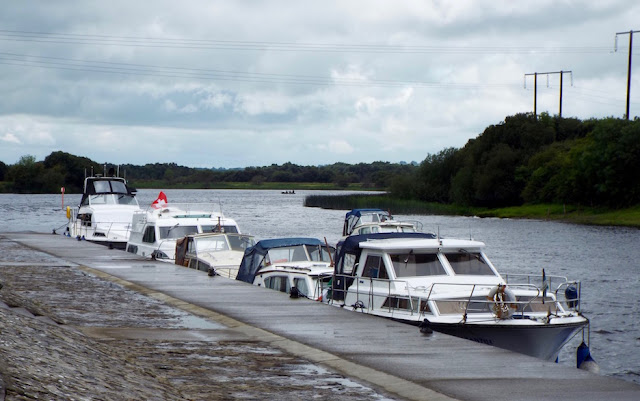