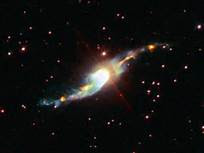 Inner thoughts are those mental meanderings that I keep within with myself. In that secret place I tumble and juxtapose ideas to beat them like semi-molten metal into defined shapes that I can understand.

I work hard to fashion my lines of thought to be short and concise.I am not one to make tangled sentences that might be misconstrued, even by myself at a later date. Learning as I did from hearing a friend reading aloud his own words, only to hear him say afterwards 'I wonder why I wrote that?'

One proposition is that it is possible to hold within two  opposing ideas and to own each as being completely valid.Not that this a new concept for the Irish Celts seem capable of much the same.They had and some still have a belief in the Christian God and in Fairy Magic.

The stumbling blocks for me are the word 'belief' plus the concept of a god, of any attached religion. From what I have witnessed all religions have a god to whom followers are given a set of rules which must be adhered to and are made to be fearful of breaking.
Death is seen by the religionists as being the end of life with the 'after life' used as a punishment or a reward.

Dr Carl Jung was once asked if he believed in god, his reply was
'No, I know[god]'.
I prefer not to use that three lettered word as it would only lead to confusion. I know that there is a Supreme Intelligence, which I see as a collusion of energies of which we humans etc. are a part. That we existed as an energy particle before birth and return to that existence via what we call death. I also,am very aware that some returned or retuned energy particles often remain in contact with this planet and are commonly known as ghosts.

What I consider to be my opposing thought occurs in my life as a Druid, in that I work with the old gods and goddesses, both in ritual and in meditation.They are to me the archetypes and mythological figures of the landscape, whose stories hold messages and power for those who acknowledge their presence.

Both of these suppositions sit well with me and cause no internal conflict.