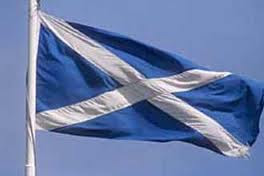 A small group of us will soon be traveling to Scotland to link up with like minded people and united, we will celebrate Bealtaine on 6th of May, at a place not terribly far from The Gatehouse of Fleet in Dumfries and Galloway.

This fire festival is a time of fertility and conception, a time of play in the warm summer sun, a time when cattle were driven between two fires as a cleansing and to increase their regenerative potency. At this time the energy of the life – force is at its peak, the fires are blazing; The sun's energising heat is felt by all thus sexuality and union are honoured.

This is the time of the Lovers: Where the young God Aengus Óg, the poet son of the god Daghda has words to woo the young Goddess Caer! 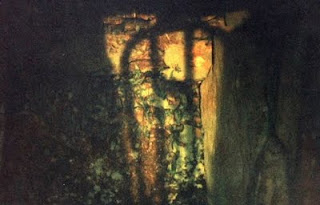 Samhain Sunrise at Tara in the Mound of the Hostages

Why the change of date?

It is generally accepted that the fire festivals fall on the 31st or 1st of specific months.

Many people have been studying the alignments of standing stones, stone circles and bronze age burial mounds in depth here in Ireland and they have have calculated that many are aligned to the solar midpoints which lie directly between an equinox and a solstice or a solstice and an equinox.

It is at this time when the sun illuminates the carvings on back walls of chambers or a specific stone in a similar way to the occurrence at Newgrange on Winter Solstice.

Due to changes in the calendar this happens around 5 days later than generally accepted.

So the revised dates are :-

To use those other dates makes no sense at all to me as they have no alignment to the sun's course and seem to deny the validity of the ancient sites; plus they are at least a week away from the midpoint.

On our return I hope to share with you the experiences of the trip along with some photos.