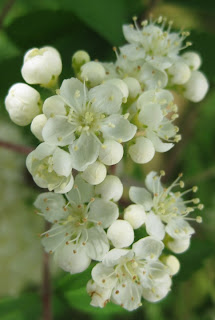 Several years ago an incident occurred at my home whilst I was three counties away on a sunny afternoon enjoying myself in the company of friends. Immediately on returning home I realized that all was not as I had left it.

For the back door was wide open, because robbers had forced their way into my home and every room had been disturbed, the bedroom was in complete and utter disarray.

I was numb with shock not really knowing what to do next, my first action was a 999 call to the Garda (Police) I then slowly took stock of the situation to see what was missing and what had been damaged.

The greatest loss/hurt was not monetary. It was the bald fact that my home and inner sanctum had been invaded by strangers, my privacy taken from me. My emotions were in turmoil as I went from anger to disappointment, to anger combined with sadness, to outrage. Finally I came through the storm to recover the status quo.

The experience enriched my senses for it gave me a small measure of what it must be like on a larger scale to have your home - country in a state of oppression and invaded by a foreign power.

Thus I have been feeling rather distraught and angry this week, after reading about the unnecessary deaths and injured activists that were on the Humanitarian Aid ship Mavi Marmara 130 miles off the coast Israel, in international waters.

This was an act of piracy and willful murder by Israel. The Somali fishermen are also conducting acts of piracy. To whit an international force is patrolling those waters in order to protect shipping. As I write this blog another humanitarian aid ship the Rachel Corrie is steaming towards Gaza with supplies - will it's activists too become victims ?

This madness, this sick disregard for human lives, the propaganda machine and aggressive military machinations of Israel have been continuously funded by the USA for dozens of years, costing them trillions of dollars.

All it takes is for one brave phone call from the President of the USA to put a Stop to this insanity!