The Cockerel, Mouse and Fly.

On Mother's Day we took ourselves off on an adventure to southern Laoise [pronounced as Leesh] and in particular to the picturesque village of Timahoe.

Timahoe, derives its’ name from Saint Tigh Mochua,
there the houses are built around a large, central piece of common land known as the Goosegreen.
St. Mochua established a monastery at Timahoe in the seventh century which burnt down in 1142, later it was re-established by the O’Moores.
A 12th century round tower standing 96ft high is located close by Mochua’s Abbey and there was a monastic community here as late as 1650. It was then that the Franciscan friars were murdered at a spot known locally as "Boher a wurther" or the murdering road, by Colonel Hewson and Cromwell’s army. 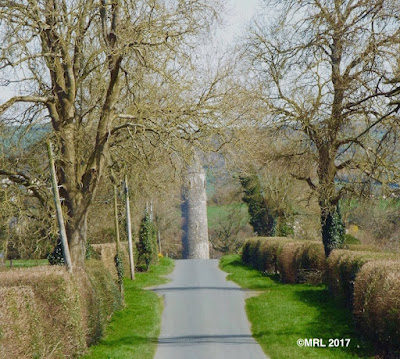 Along the road to Timahoe. 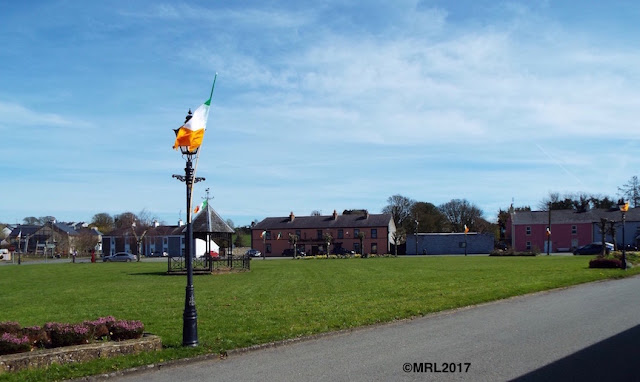 The locals call it 'Goosegreen' 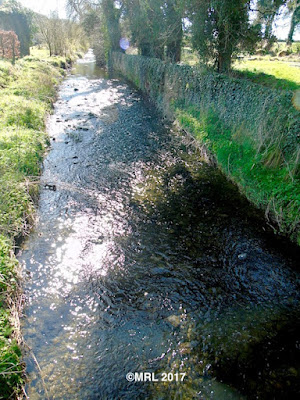 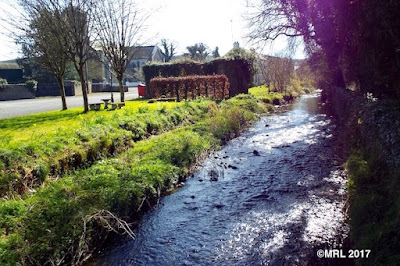 Looking West along the River Bauteogue 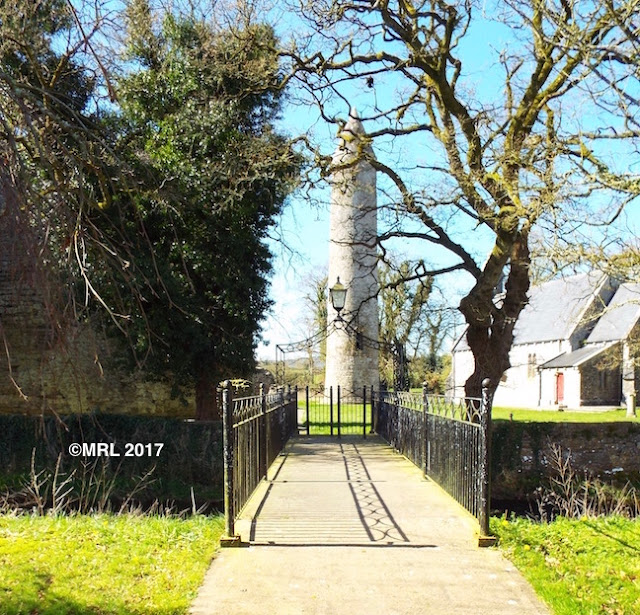 The round tower stands in a lovely setting accessed by a footbridge that crosses the River Bauteogue, Báiteóg, meaning ‘a swamp’. Originally access to the tower and Abbey was via a ford. 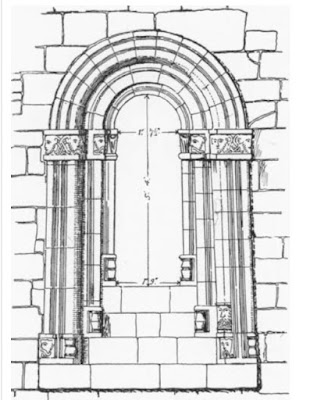 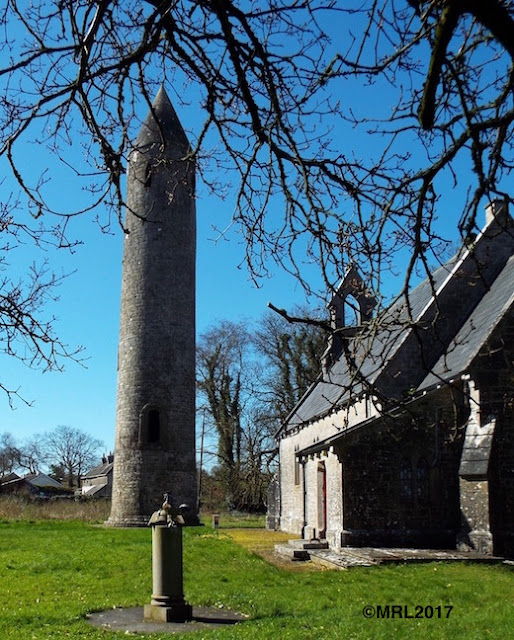 The Round Tower
St Mochua had a reputation as a healer, and is said to have cured two other abbots – St Colman Elo of a sudden loss of memory and St Fintan Munnu of ‘leprosy’.
Mochua died in the year 657. 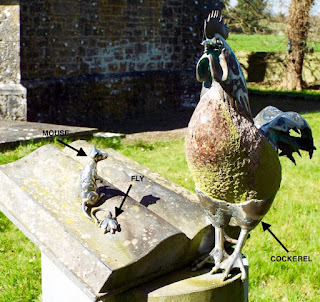 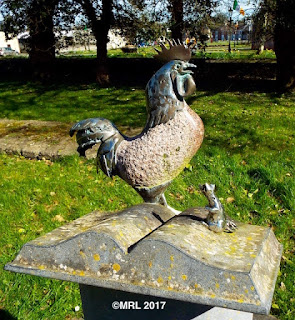 St. Mochua lived as a hermit without worldly goods except for three pets – a rooster, a mouse and a fly. The rooster wakened him for the hours of Matins; if he didn’t wake up or dozed off during the day weak from his vigils and prayers, the mouse would nibble at his ear not letting him sleep more than three hours a day or night. The fly would walk along each line of his Psalter as he read and when he became tired, the fly would stop at the point where the saint had broken off until he could return again to resume reading the Psalms.

The Little Pets of St. Mochua

When St. Mochua knelt to pray
Each morning at the break of day
There always was about the house
A rooster, fly and little mouse

Three willing slaves to serve him well
And share his solitary cell
The rooster every morn would crow
And waken him for matins, though
When he slept too sound to hear
The mouse came forth and nipped his ear

And though he never had a clock
The mouse would call him or the cock
And if he had to leave a book
From out some dusty hidden nook
A fly, with patience and with grace
Would sit for hours and mark the place.

I very much hope that your appetites have been whetted sufficiently enough to make a visit to this breath taking place. Where a on a sunny warm day you can lose yourself in peaceful surroundings and enjoy some wonder filled dreams.